Does it seem like your disposal only ever breaks right after you’ve peeled enough vegetables for an entire army?

Or does it give up on you right when you’ve finally decided to clean out your fridge? Like most appliances with moving parts, all sorts of things can go wrong in your disposal, for all sorts of reasons.

Luckily, most disposals can be a quick and relatively easy fix

Garbage disposals are pretty straightforward devices. They use circulating blades that grind up food and other waste. However, since these small appliances often use many moving parts, they can clog easier. So they may require a more experienced professional to fix the problem.

Garbage disposals are one of the most common appliances in America because they’re pretty useful. But it sure is tough when they break down.

Tried to turn your garbage disposal on and it didn’t even hum? Then it’s highly likely that your motor overheated. And because the motor overheated, it flipped itself off. Or, it’s also possible that the disposal tripped a breaker and may not be getting power.

If the unit is continuously humming but still isn’t working, then it could be jammed. We know it’s tempting, but never stick your hand down the drain to try and dislodge it. It’s best to call us to fix the issue. We’ll get it fixed up in no time.

You may think garbage disposals are practically indestructible. After all, they dispose of intimidating garbage. Unfortunately, though, they aren’t as tough as you may think. They often become clogged from various items that shouldn’t have any business going down a drain.

Disposals can leak in a couple of different places. For example, they can leak near the mounting bolts and also near the flange of the sink. Leaks are hard to miss, but it’s important to be sure which part of your disposal the leak is from.

A continuous humming noise could indicate jamming or clogging of some sort.

If your disposal won’t turn on at all and you don’t hear any noises, then it typically means that there’s an electrical problem. The glitch is likely preventing the appliance from getting any of the current.

WARNING: Never use chemical drain cleaners with a garbage disposal. They rarely ever work and they leave you with a sink full of toxic chemicals. Furthermore, these chemicals can often damage the garbage disposal leaving whatever warranty from the manufacturer you may have had null and void.

So if your garbage disposal is acting strange or not working at all, just give us a call. No matter the time — day or night — we’ll promptly be there to fix the problem.

15% OFF
For Any First Time Customer 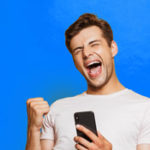 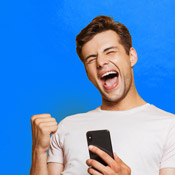 Call Now For A FREE ESTIMATE On New Replacements Or Installations